Funded by a grant from the CSU Entertainment Industry Initiative, the CSU Stanislaus Art Department is hosting a series of guest workshops around the theme of storytelling in the digital arts. The Modeling Strong Characters in a 3D Digital Environment workshop will be led by Gerardo Orioli, and will consist of five-hours of hands-on instruction in which CSU students develop an idea in a 3D digital environment. 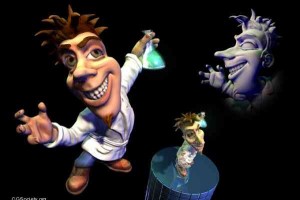 Gerardo Orioli was born in Montevideo, Uruguay. He is currently Creative Director at Southern Hemisphere. He previously worked at Lucasfilm Animation and was Modeling Supervisor and Animation Director of The Tuneables, at Music Intelligence. Before that he was Modeling Supervisor for Nickelodeon’s Back at the Barnyard. He studied at the Lyme Academy College of Fine Arts in Connecticut.

This series of workshops will conclude with a public exhibition of student work in the CSU Stanislaus’ Building Imagination Center, and select students will travel to the CSU Media Arts Festival. The 2015 CSU Media Arts Festival will be held on Saturday, November 7, 2015 at CSU Los Angeles! This 25thAnniversary of the MAF will feature a full day of interaction with media faculty and media and entertainment industry professionals, screenings, and an awards ceremony.