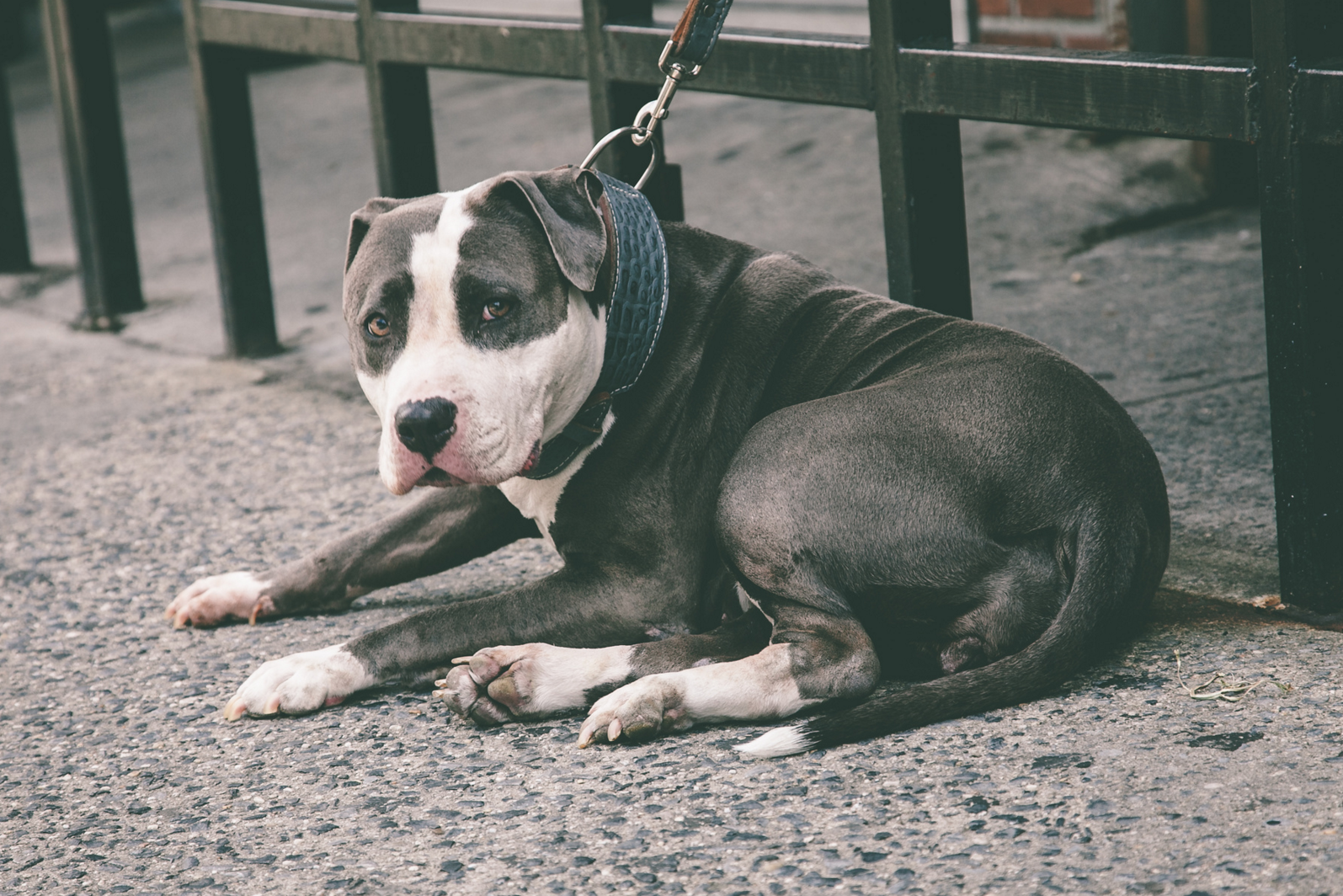 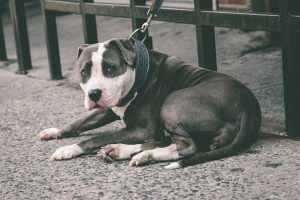 Eric Carter is a Bay Area designer and photographer. He has developed and designed eLearning applications, websites and print, illustrations,  animations, interactive Flash widgets and portrait photography. Eric is currently working with the Bay Area Video Coalition and Tesla. 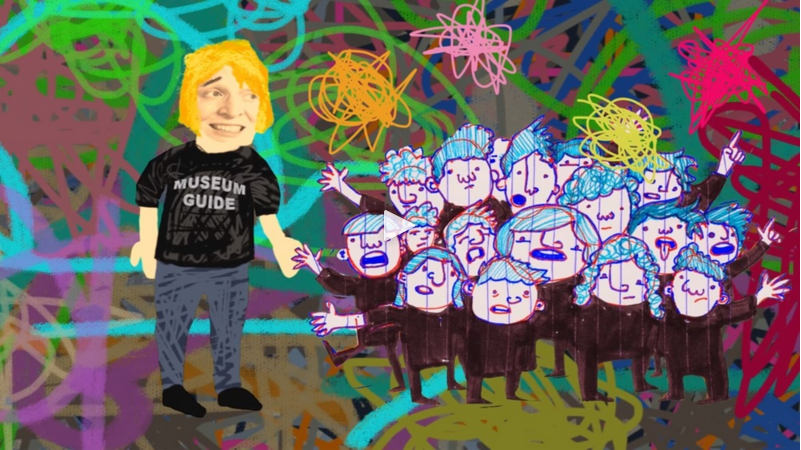 Funded by a grant from the CSU Entertainment Industry Initiative, the CSU Stanislaus Art Department is hosting a series of guest workshops for CSU Art Majors around the theme of storytelling in the digital arts. This workshop will include a brief artist’s talk, an overview of contemporary independent/experimental comics, and a hands-on crash course in comic-making basics. There will be drawing, but no experience is necessary. 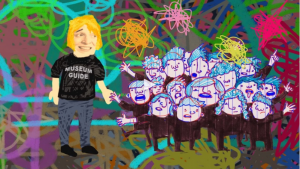 Kate Rhoades is an Oakland-based artist. Influenced by a background in comic books and YouTube videos, Rhoades uses paint, publications, and digital media to probe the absurdity of the art world in all its social and institutional facets. She received a BFA from the Columbus College of Art and Design and an MFA from Mills College. 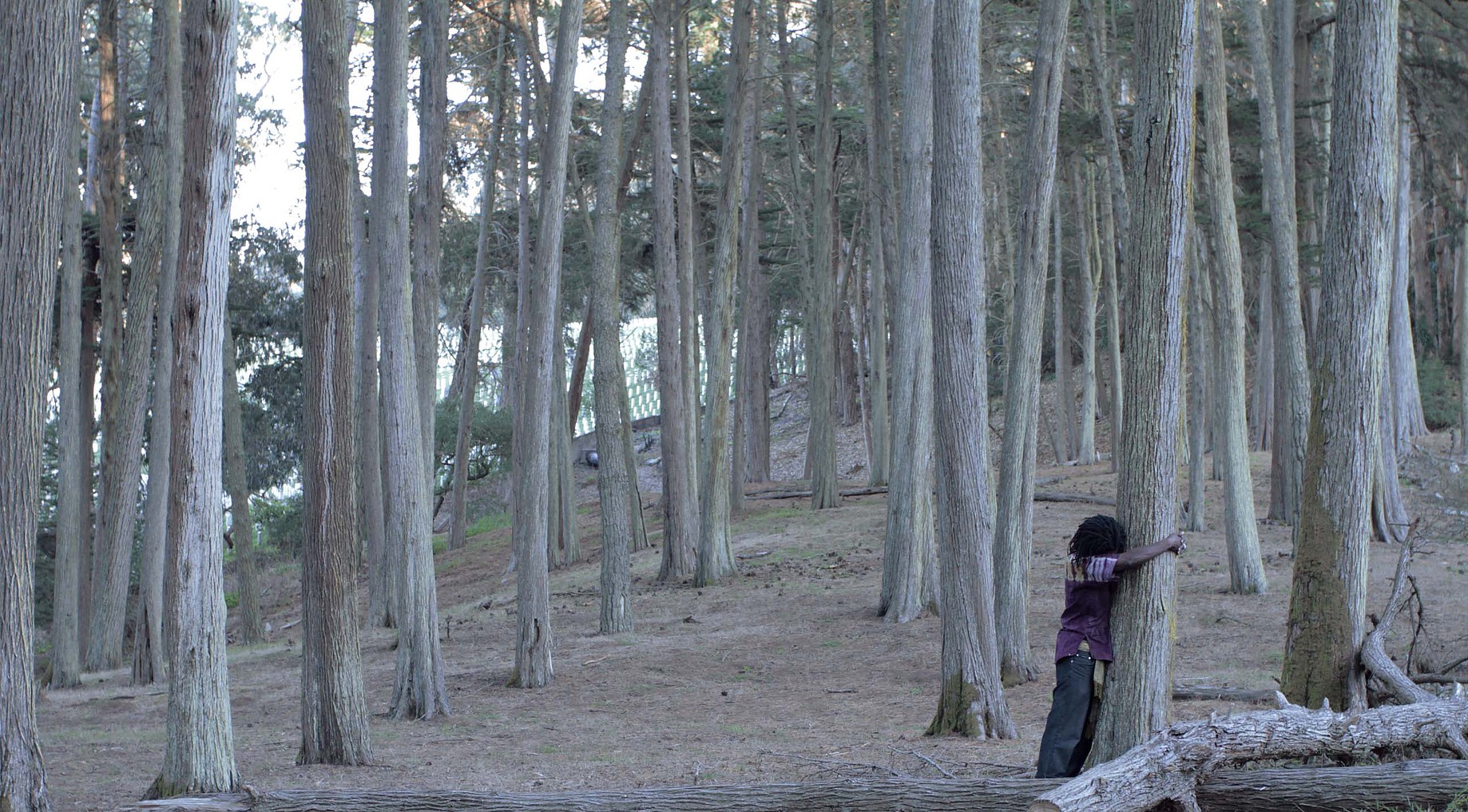 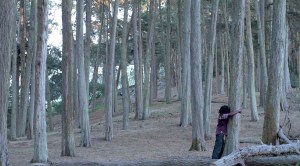 Maria Judice is a visual storyteller working within cinema, photography, tech and digital content. She received her MFA from CALARTS in Film/Video. She received the Adrienne Shelly Award for excellence in directing. Director awards were garnered for her films Palm Trees… and moonless. Palm Trees… aired on BET’s Lens on Talent. As a Creative Producer, she works within photography, film, web TV, art curation and gaming. Her mission is to help underrepresented artists bring their stories to the world. 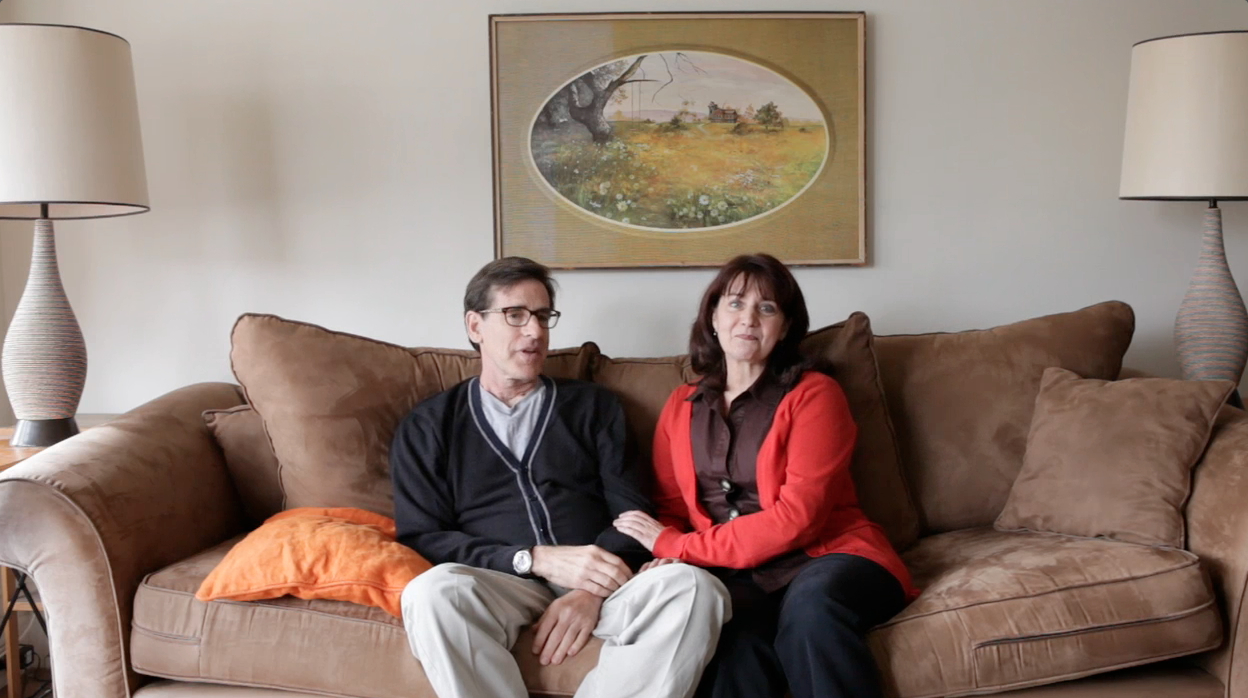 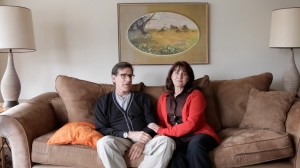 Christy Chan is an interdisciplinary artist and filmmaker based in Oakland, California. She uses video art, installation, and performance to examine the American mythologies of home, belonging and social harmony. Her independent film project “Pen Pals” is inspired by her childhood experience exchanging letters with the Ku Klux Klan on behalf of her immigrant family. Chan holds an M.A. in Communications from Virginia Commonwealth University and was a recent Artist-in-Residence at Montalvo Art Center and Project 387. Her work has been exhibited at galleries, film festivals and public venues including Southern Exposure, Root Division, Kala Art Institute, National Public Radio, the Los Angeles Film Festival’s Shorts Series, the Moth and more. 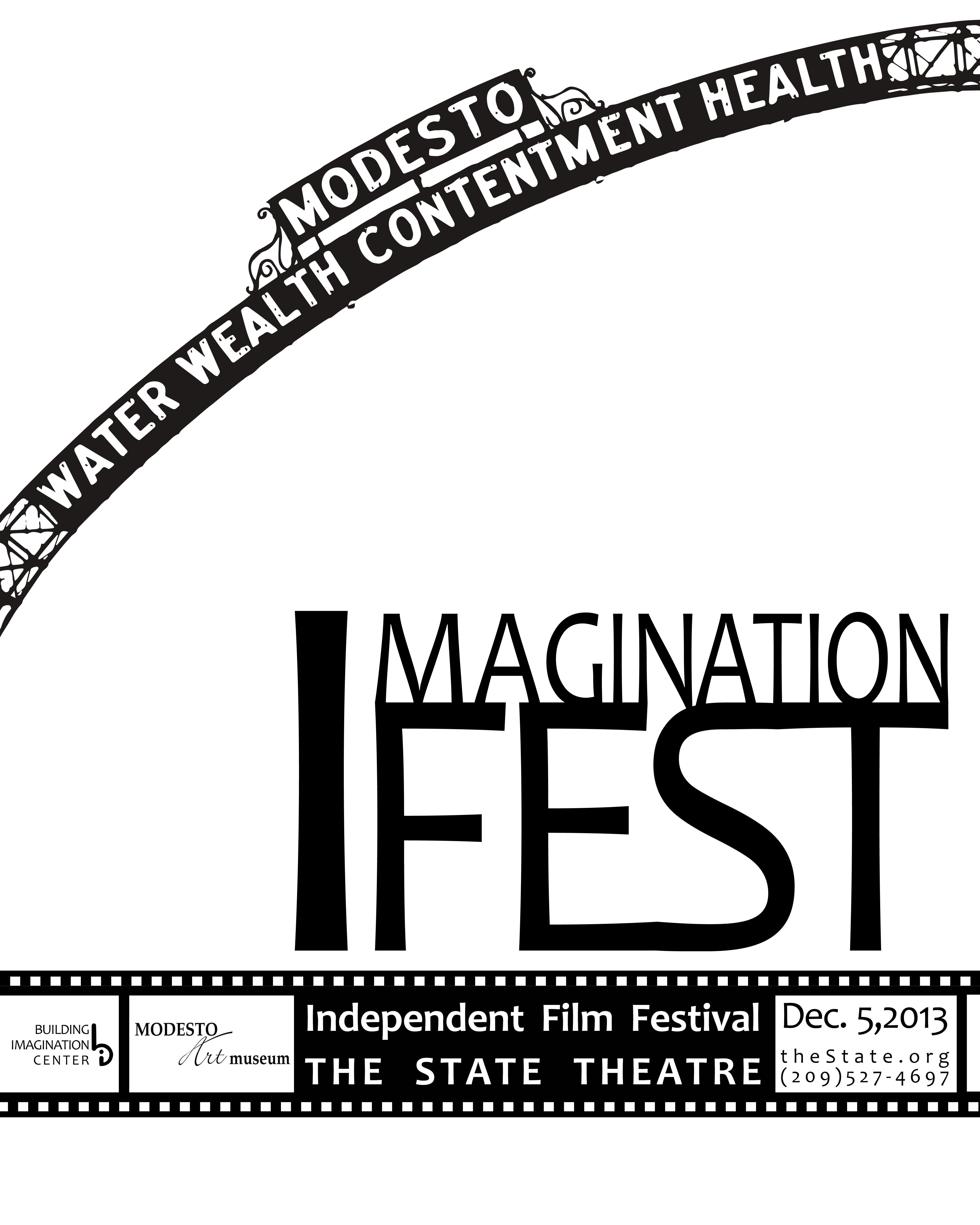 A student created documentary on the Modesto International Architecture Festival and James Broughton’s art-house film The Bed shows the wide range of locally based movies that was part of the Building Imagination Center’s Imagination Film Festival, Thursday, December 5, 2013, at the State Theatre. This was the first film festival hosted by the Center since it became the resident movie makers at the State.

The idea to keep the films locally based was an easy one. “We quickly realized that all of the films we were interested in screening were either made locally, or made by people with very strong ties to the area,” said Jessica Gomula-Kruzic, director of the Building Imagination Center. The Center partnered with the Modesto Art Museum for this festival and the inclusion of The Bed is part of  the celebration of the Broughton centennial. “Modesto has a long history of great movie making going back to the 1920s with Richard Bare, then Broughton, and more recently George Lucas,” said museum director Bob Barzan. “This festival celebrates and encourages the continuation of that Modesto tradition.”

Other films screened at the free festival on December 5th included an intimate account of homelessness in Outside the Picket Fence, by local filmmaker Christian Hali. Aspire, a short film by local filmmaker Brittney Miller is a look into the Aspire School system’s approach to learning. Samsara, directed by Nicole Zvarik and Bill Wolter, and filmed by local CSU Stanislaus film students, examines alternatives to mainstream consumerism.

“We wanted to include films that will reflect the diverse interests in Modesto,” Gomula-Kruzic, explained. “It’s an incredibly diverse assortment of films that we have, ranging from narrative documentaries to high art films.” 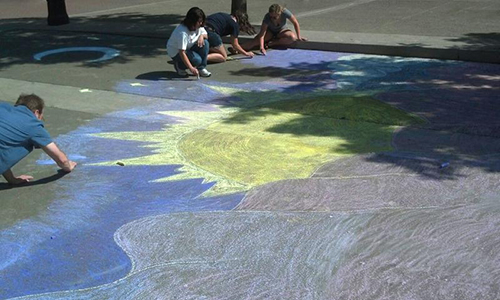 Over 20 participants came out and made chalk art on the sidewalk by the Building Imagination Center in downtown Modesto! What a great way to bring art out into the community. 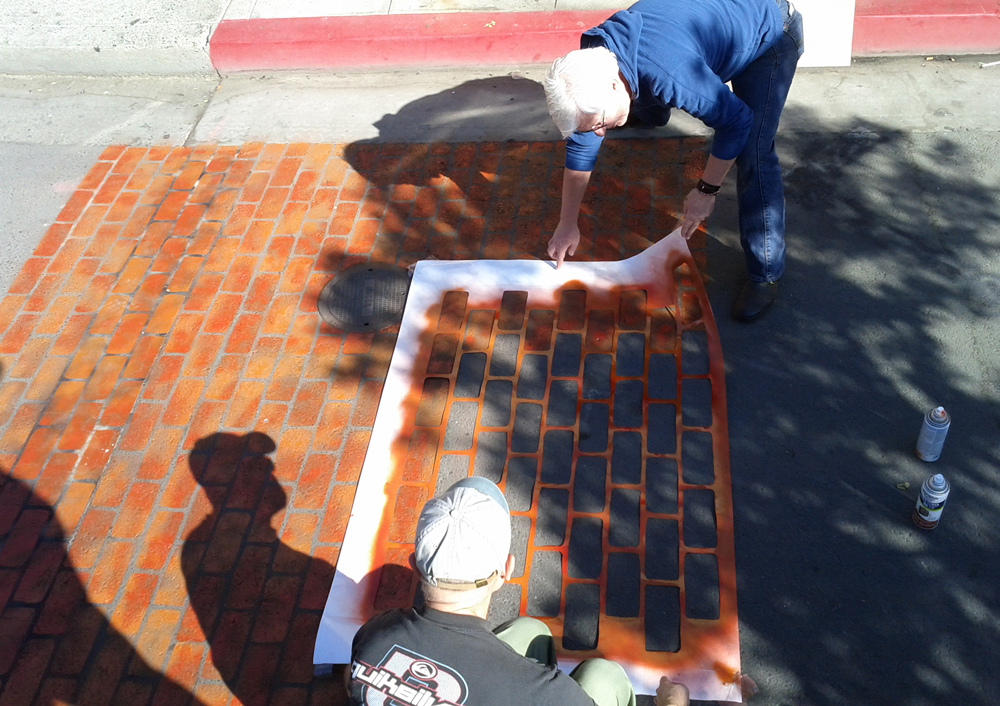 Recently, the City initiated an effort in conjunction with the Downtown Improvement District, Chamber of Commerce, and Convention and Visitor’s Bureau to improve the sociability of our downtown. Due to the Center’s interest in creative placemaking in our downtown, we were invited to be part of the Promotions Group.

The Promotions Group focuses on marketing, special events, and public relations for the downtown area, focusing on making it look more inviting and appealing to the local citizens. While we have been contributing to the ongoing research about how the public uses the downtown area, we have also played a key part in the first transformation project.

Right outside of our windows, we can see the City taking its first steps towards re-imagining downtown Modesto by converting non-usable street corners into pedestrian friendly ‘parklets’. These are small urban parks created to provide a public place for citizens to relax and enjoy the atmosphere of the city around them.  Through the redistribution of city owned tree and flower planters, the addition of some decoupage painting techniques, and cafe tables and chairs, the city has in one weekend transformed the urban experience of 10th and J street.

The transformation was covered in two Modesto Bee articles, here and here.

And the Building Imagination Center was right there to help.  Come out, enjoy a sandwich,  and enjoy this transformation firsthand. 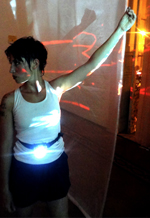 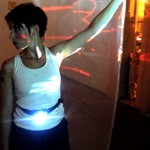 As the audience enters the installation, they will find themselves moving through a maze of hanging scrim, multi-source video projection and sound. Willingly, or not, their own bodies become participants as light and shadows create overlays echoed throughout the space. Sharing the space with the audience are three dancers. The audience is invited to place instructive signs upon the dancers, dictating their movements. Through this simple interaction, the audience plays an active role in directing the course of the event.

Luna Eclose will feature artists from across the United States including video directed by Jessica Gomula with production by CSU Stanislaus students, sound by Sean Clute, choreography and performance by Pauline Jennings, Jennifer Mellor, Ellen Smith Ahern and Lida Winfield. 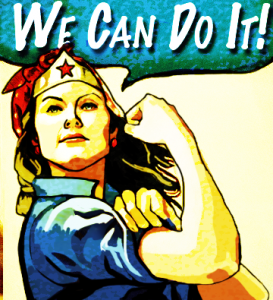 Join the game and become your own superhero!

Superheroes solve all types of quality of life issues in real and fantastical ways – and you can even get your own trading card!

New Art Center to open in downtown Modesto thanks to a grant from ArtPlace and the //Building Imagination Initiative, CSU Stanislaus, and the Modesto Art Museum.

“Building Imagination Gallery and Cinema” to Bring Video Arts and New Vibrancy to Downtown Modesto, Thanks to ArtPlace Grant ArtPlace releases 47 grants supporting creative placemaking initiatives in 33 communities nationwide (Modesto, CA, June 12, 2012) A vacant storefront in downtown Modesto will soon be transformed into a center for video arts, thanks to a significant grant from ArtPlace announced today.

The Building Imagination Gallery and Cinema (BIG Cinema) is the brainchild of Professor Jessica Gomula-Kruzic of California State University, Stanislaus, and will be in partnership with the university. The center, to be located across from the Gallo Center for the Arts, will focus on the creation of new and original documentary films about the local community, and involving them in the production. Training in video editing and production will keep the center going at all hours, and indoor and outdoor video screenings will attract new attention – and new crowds – to the half-vacant 10th Street.

ArtPlace is a new national collaboration of 11 major national and regional foundations, six of the nation’s largest banks, and eight federal agencies, including the National Endowment for the Arts, to accelerate creative placemaking across the U.S. To date, ArtPlace has raised almost $50 million to work alongside federal and local governments to transform communities with strategic investments in the arts. “Across the country, cities and towns are using the arts to help shape their social, physical, and economic characters,” said NEA Chairman Rocco Landesman. “The arts are a part of everyday life, and I am thrilled to see yet another example of an arts organization working with city, state, and federal offices to help strengthen and revitalize their communities through the arts. It is wonderful that ArtPlace and its funders have recognized this work and invested in it so generously.”

A recent article in the Modesto Bee announced that the future of Modesto’s downtown is looking up, with new loft developments planned for the El Viejo post office on I Street. BIG Cinema uses the arts as a catalyst for attracting more people downtown, and could increase the likelihood that new developments such as this will find success. “I am hoping this project will create an empowering cycle,” Prof. Gomula-Kruzic said, “with video artists bringing publicity to community groups and an opportunity for those community members to learn marketable videography skills, an understanding of contemporary art, and an awareness of other community groups. The center will be ideally situated downtown alongside several other art venues.”

ArtPlace received almost 2200 letters of inquiry from organizations seeking a portion of the $15.4 million available for grants in this cycle. Inquiries came from 50 states, the District of Columbia, Puerto Rico, American Samoa, U.S. Virgin Islands. The 47 projects selected each take a unique and locally focused approach to creative placemaking, from the creation of a Jazz and Heritage Center in New Orleans’ historic Tremé neighborhood to generate vibrancy and economic growth for the local community to ARTSIPELAGO, a comprehensive revitalization strategy that combines a number of unconnected arts and cultural initiatives in Eastport, Maine for greater effect. “These projects all exemplify the best in creative placemaking,” explained ArtPlace’s Carol Coletta. “They demonstrate a deep understanding of how smart investments in art, design and culture as part of a larger portfolio of revitalization strategies can change the trajectory of communities and increase economic opportunities for people.”