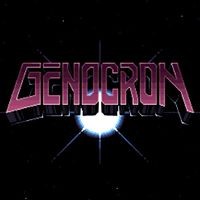 Come and see the newest project under development – Genocron!

Genocron is an action platformer adventure inspired by NES classics but tastefully supercharged for a modern audience.

Instinct/Extinct is a multi-disciplinary contemporary art installation that explores and celebrates the Pacific Flyway, a migratory path stretching from Alaska to Argentina. The exhibition reveals the biology and beauty of the phenomenon through a range of lenses, including wildlife habitats, agriculture, recreational commons, and conservation stories. 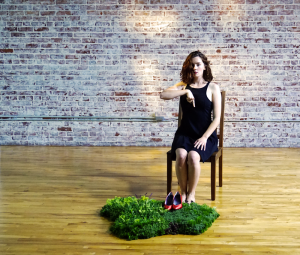 Jessica Gomula creates collaborative intermedia artwork which addresses socially conscious subject matter. Through video and animation projects, live performances, and responsive systems, her projects creatively respond to the physical and social character of an environment in an effort to bring diverse people together to inspire, and be inspired. Gomula’s work revolves around the Central Valley, with recent work focusing upon Modesto, CA.

“While not a native to Modesto, it is where I have lived the longest, having lived throughout the country during my youth. Growing roots in this community has had a profound impact on my artwork, and my sense of personal expression and art activism.” 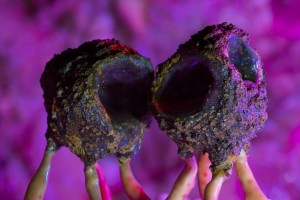 Alyssa Lempesis works from imaginative speculation on uncanny ecologies. Her work merges the natural and the fantastic to create animated scenes of a world that exists somewhere between the unknown and the familiar, the present and the future.

Lempesis received an MFA from University of California at Davis (2014) and a BA at University of California at Berkeley (2012). She is an artist and educator living and working in the East Bay. Recent solo exhibitions include Aggregate Space (Oakland), Diablo Valley College (Pleasant Hill), and Alter Space Gallery (San Francisco) as part of the Jail Cell Residency Program.