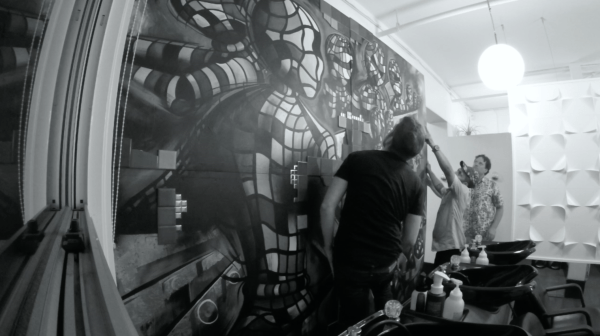 Housed within the Video & Time-Based Media program of the California State University Stanislaus Art Department, the Building Imagination Initiative is a uniquely service learning oriented, interdisciplinary, academic and research program. The Building Imagination Initiative is offered to students who wish to gain core industry experiences through a project based, integrated learning environment which has strategic partnerships with leading non-profits. Dedicated to creative applications of digital technologies and targeted service learning opportunities within Modesto, CA and the greater Central Valley, the Building Imagination Initiative is a highly innovative research program which focuses upon the low quality of life rankings of the Central Valley and the re-imagining of its future as a metaphorical bridge for social struggles endemic to humanity itself. Faculty and students representing interdisciplinary interests create a unique academic environment dedicated to realizing individual artistic intentions while creating a collaborative structure for critical thinking and the understanding of media ecology.

Peter Williams is a New Media artist originally from Canada. Specializing in generative and interactive art, he makes tactically unstable works that complicate and hybridize place in physical, digital and augmented situations. Media are elastic and chimerical, more and more resembling us. Through his art, Williams struggles with this recursion. His works have been presented in Asia, Canada, Europe, the U.K. and USA at venues such as the International Symposium on Electronic Art (ISEA), The Lumen Prize Exhibition, SIGGRAPH Asia and the Association of Computing Machinery Conference on Human Computer Interaction (ACM SIGCHI).  He is currently Assistant Professor of New Media Art at California State University, Sacramento. 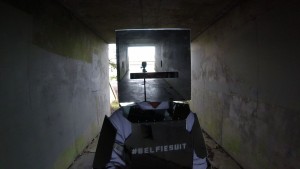 Paul Taylor is a multimedia artist based in the San Francisco Bay area. His work explores the effects of increased digital immersion on our perceptions of and interactions with our surroundings and each other, and has been included in group exhibitions and screenings throughout the United States and abroad. 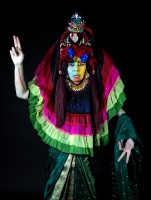